Prof. Paul de Leeuw expresses his views on the change of operator at Sullom Voe Terminal 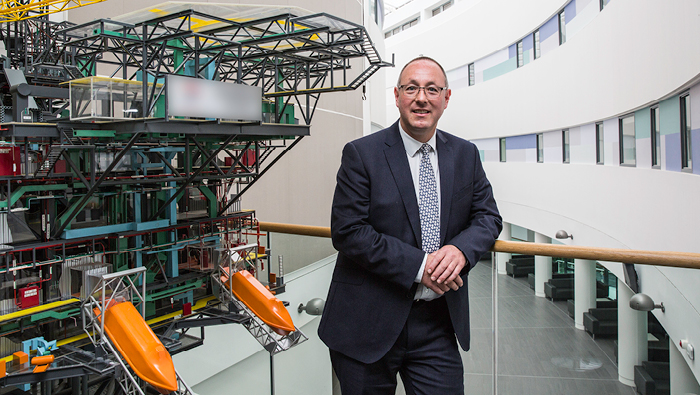 In an article for the Shetland Times (3rd February, 2017 pg. 7) Prof. de Leeuw gives his views on Enquest taking over operating control at the Sullom Voe Terminal.

With the memories of 2016 fading fast, it is great to see that 2017 is starting with a positive momentum. Oil prices are almost double what they were this time last year and there seems to be renewed interest in North Sea asset deals – Siccar Point Energy completed its acquisition of OMV’s assets in the North Sea, Shell is rumoured to be seeking a buyer for a large share of their portfolio and only last week BP announced the sale of a share in its iconic Magnus field to Enquest.

The Magnus field is the UK’s most northerly field, located some 160 kilometres North East of the Shetland Islands. Since first production in 1983, it has been one the true giants of the UK’s oil and gas industry.

The deal struck between BP and Enquest is highly innovative and hopefully will be a catalyst for similar deals in the future. The deal will see Enquest take a 25% stake in the Magnus field and to become the new operator of the platform by the end of 2017. In addition, Enquest will take over as the operator of the Sullom Voe Terminal (SVT) facilities at the same time. The company has also negotiated an option to increase their equity share later on, a decision which will no doubt depend on the performance of the assets.

So, after over 40 years of BP involvement with Sullom Voe Terminal, it looks like SVT could well start 2018 with a new name on the door. So what will this all mean? Although Enquest may not be a household name for everyone, the company has established itself as a leading independent oil and gas company since its creation in 2010. The UK represents a large part of the Enquest portfolio and therefore the contribution of all the assets within the UK are of strategic importance to the company.

Enquest already operates a number of fields in the North Sea, including the Thistle, Heather, Don, Kittiwake and Kraken and the company is highly regarded amongst its peers as one of the industry leaders in terms of late-life management.

In its relatively short existence, Enquest has built an impressive track record of improving operating efficiency and reducing cost. It is expected that the company will work hard to ensure that the Magnus field and the SVT performance over time will match the top quartile performance of its wider portfolio. A significant amount of Enquest’s current production is already going through SVT, so it is certainly in their own interest to ensure the terminal is set up for success.

George Bernard Shaw once said ‘Progress is impossible without change’, so it is likely that things will change when Enquest becomes the new operator of the facilities. However, if Enquest can sprinkle their magic on Magnus and SVT and truly enhance operating performance and increase efficiency, the future of SVT and the fields linking into the terminal may well look a lot brighter.